Michael Noll is the developer evangelist of Confluent, the US startup founded by the creators of Apache Kafka. Previously Michael was the technical lead of the Big Data platform of .COM/.NET DNS operator Verisign, where he grew the Hadoop, Kafka, and Storm based infrastructure from zero to PetaByte-sized production clusters spanning multiple data centers – one of the largest Big Data infrastructures operated from Europe at the time. Michael is a PMC member and core developer of Apache Storm as well as a frequent contributor and creator of open source software in general. He is a known tech blogger in the Big Data community (www.michael-noll.com) and serves as technical reviewer for publishers such as Manning in his spare time. Michael has a Ph.D. in computer science and is an experienced speaker, having presented at international conferences such as ACM SIGIR and ApacheCon Big Data. 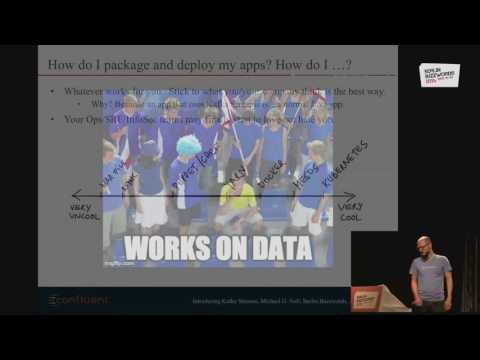